Hey, friends! Happy Monday. Here’s a catch up on what’s been going down lately.

I’ve been collecting some old family photos over the last year and am so happy to have finally found the perfect way to display them. The frame is the 16×20″ RIBBA from Ikea. I wouldn’t have thought “collage” when trying to decide the best way to frame them, but there’s something I really love about this collected look. Some of my favorite photos are the ones of my Memie and Poppop when they lived in Clemson, SC. My Poppop had saved up and bought a car for them. I think they must have taken 50 pictures of each other sitting in it! Then there’s a photo of them leaning against the hood of the car on the beach in Myrtle Beach. The way my Poppop is looking at my Memie makes me so happy. 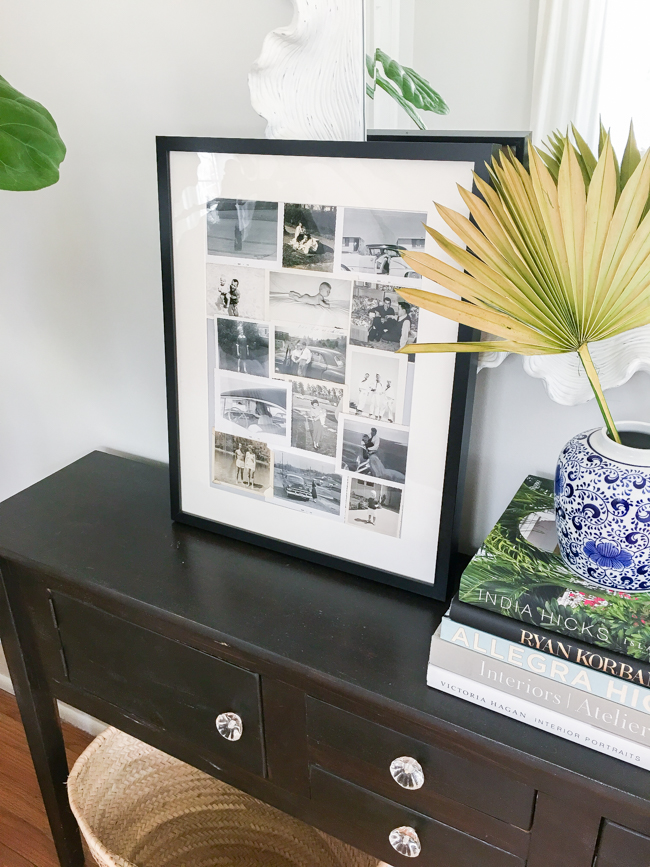 I’ve changed up this console since I took this picture. I have two lamps on either end now and this frame is moved somewhere else in the house, but this is where it started out. 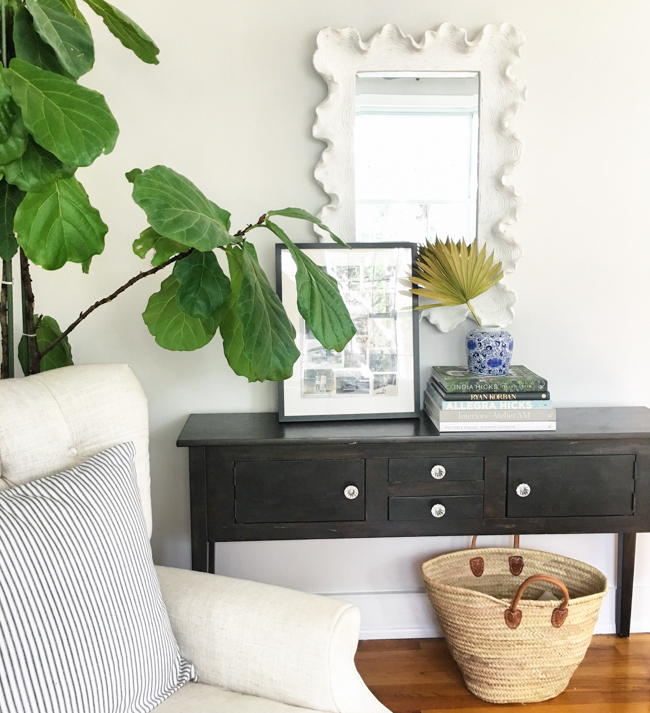 We took Watson with us to dinner on Friday night. He is so curious and loves to socialize. He was leaning as far as he could over to the side to catch the attention of the people sitting behind us. There was a group of young 20 somethings sitting there and they were taking shots “to baby watson!!!” That’s what they would say every time. Watson was giggling and waving—just eating up the attention they were giving him. (Hopefully the shots were erased from his memory as soon as we left!) 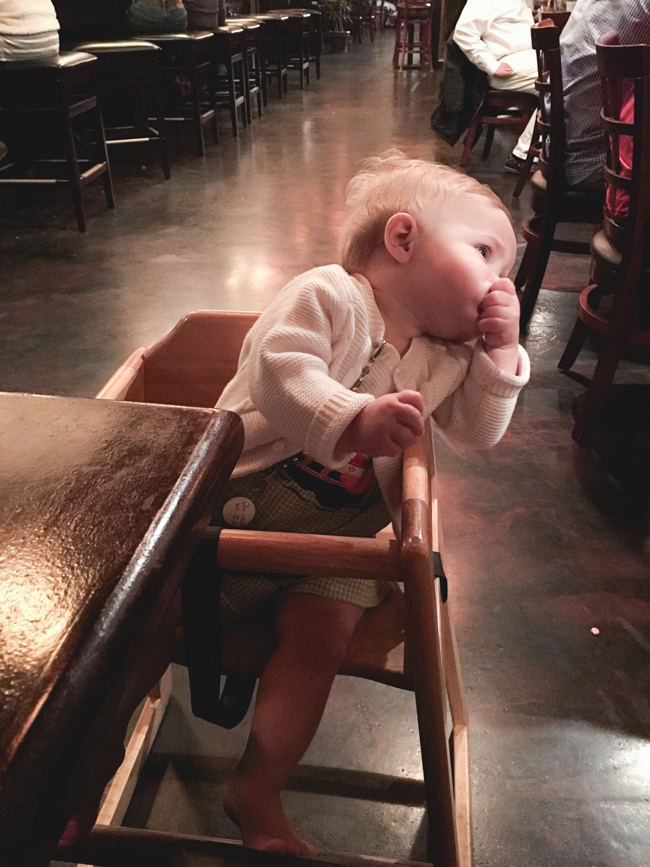 See… this is when he got their attention. He kept saying, “Heyyyyy!” and would wave. (He also says Mama, Wow, and Woah.) 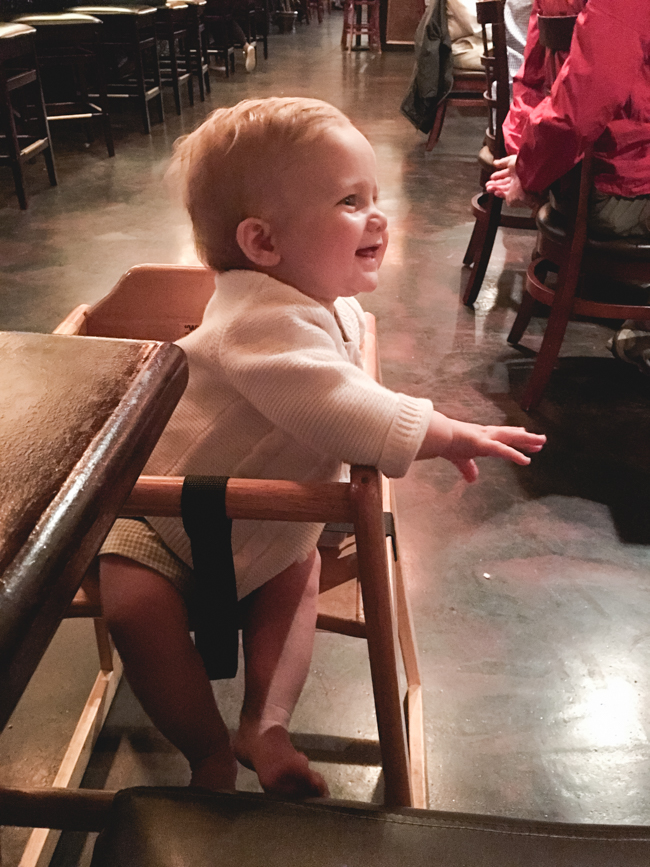 Here’s an outfit I threw together with an old Alexander Wang button up, an old F21 sweater and the jeans from last week’s post. My booties are mentioned here. If you want to recreate, this top and this sweater are similar (and you can buy both for under $30!). 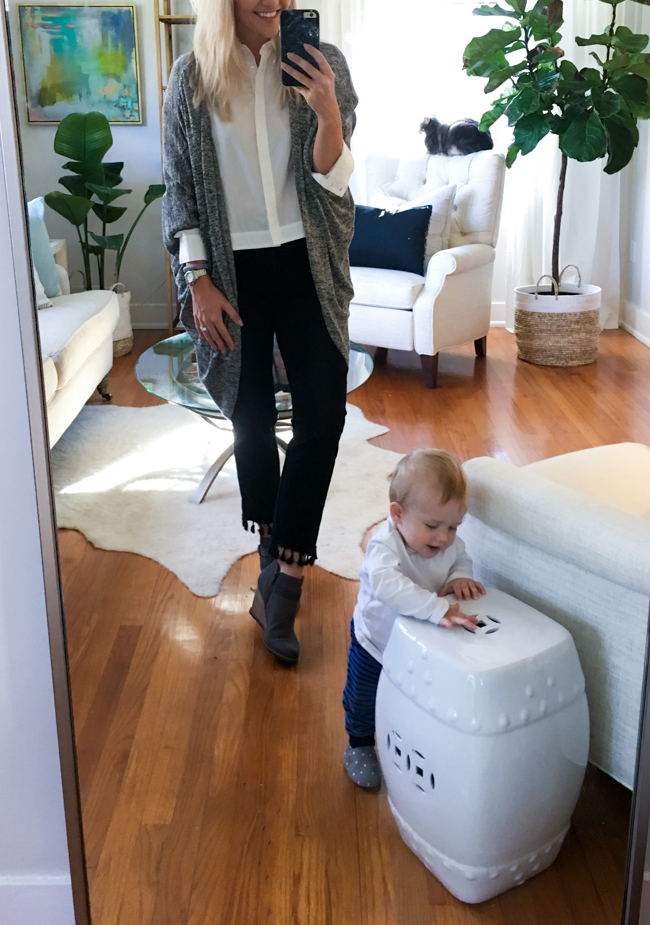 You might can tell from the photo above that we moved the fiddle leaf fig from the dining room into this formal living room. It was under an air vent in the dining room and I think that was what was causing it to turn brown. 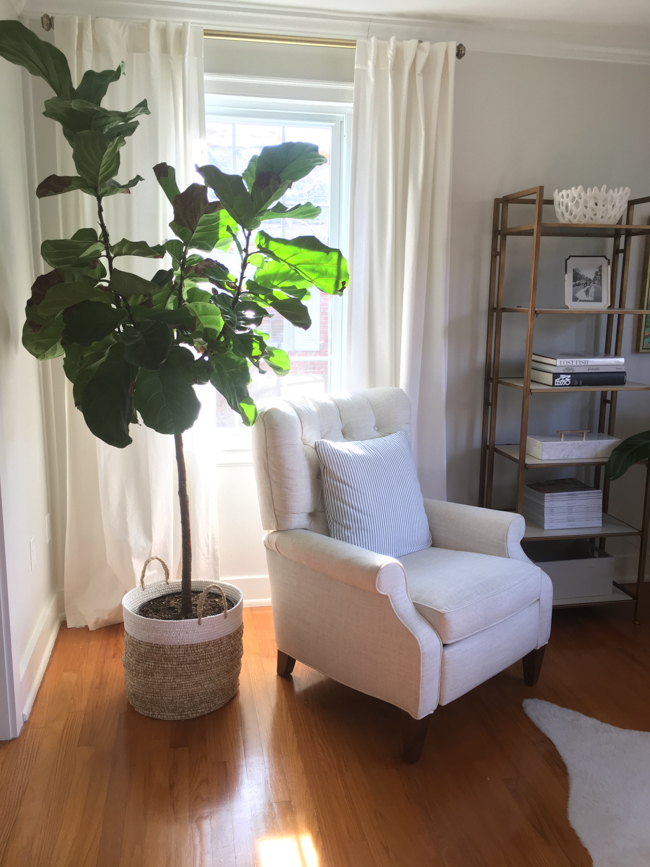 My parents got Watson this swing for Christmas and he has been in Heaven with it. It’s a great deal on Etsy for a quality wooden swing, even considering the high shipping from Lithuania. It even has his named etched in the back. 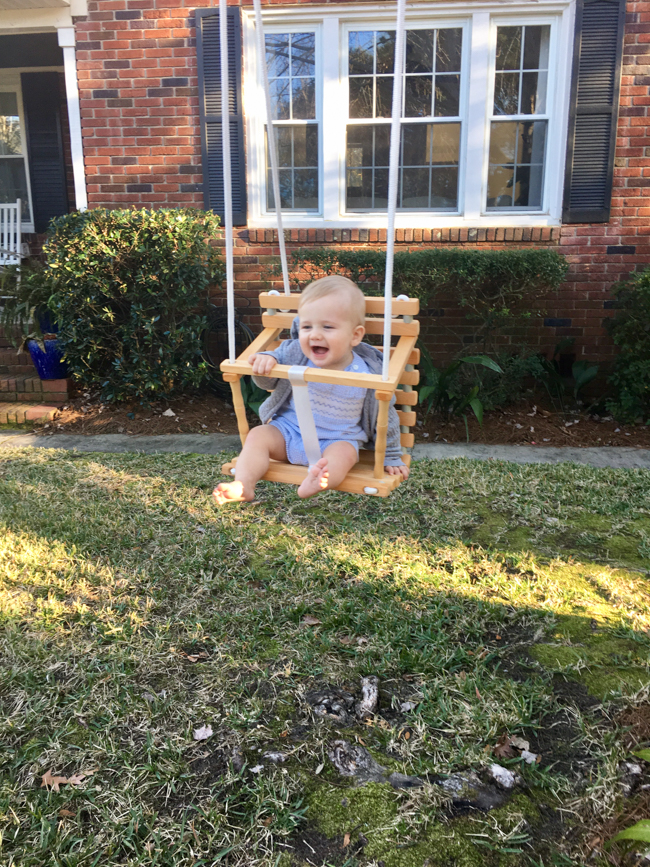 This is my kind of outfit. My DL1961 shirt is on big sale here. I don’t think it’s as see through as it somehow looks in this picture. I also wore it here. My white jeans are J. Crew and my shoes are the Vince Noella flats and they are 44% off right now! These are the best shoes because they make your legs look a lot longer! A great splurge in my opinion, especially considering the price now. 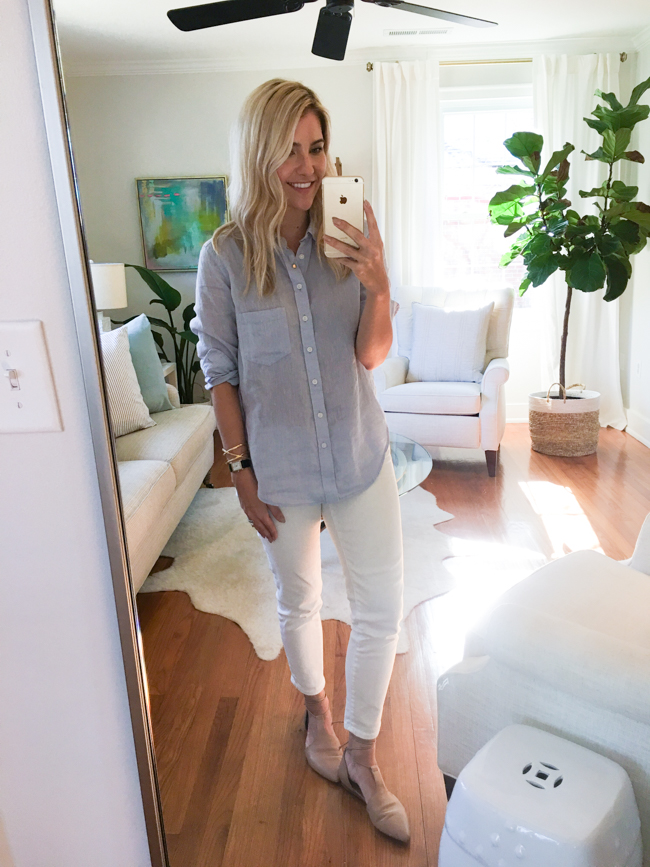 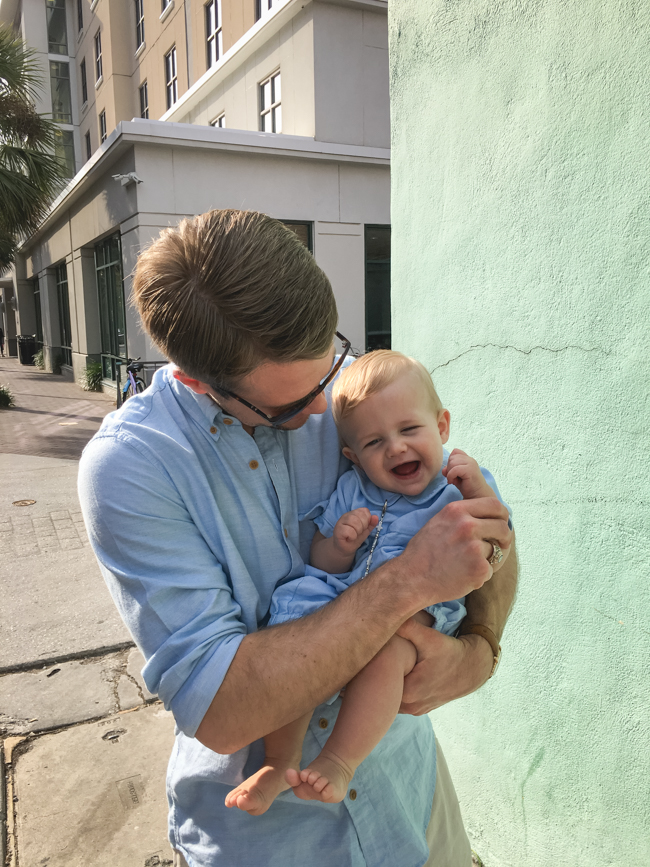 I took this picture in the same exact spot as this one below when W was just a tiny little thing. I think he was three months old then. 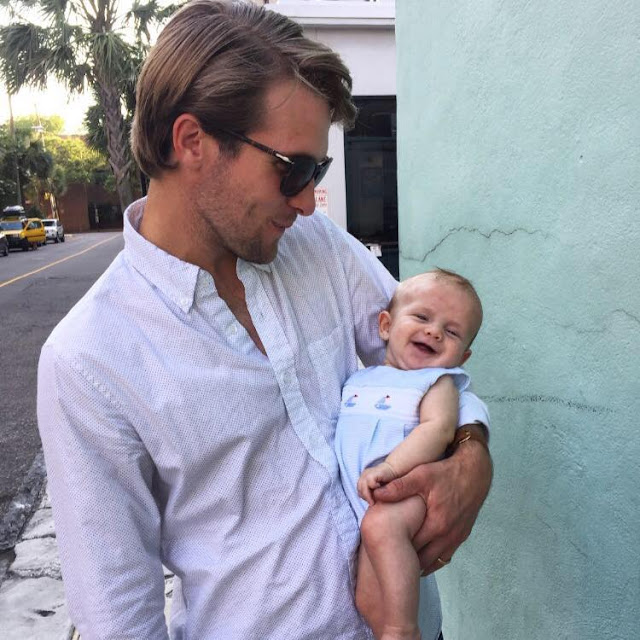